The Return of March Madness 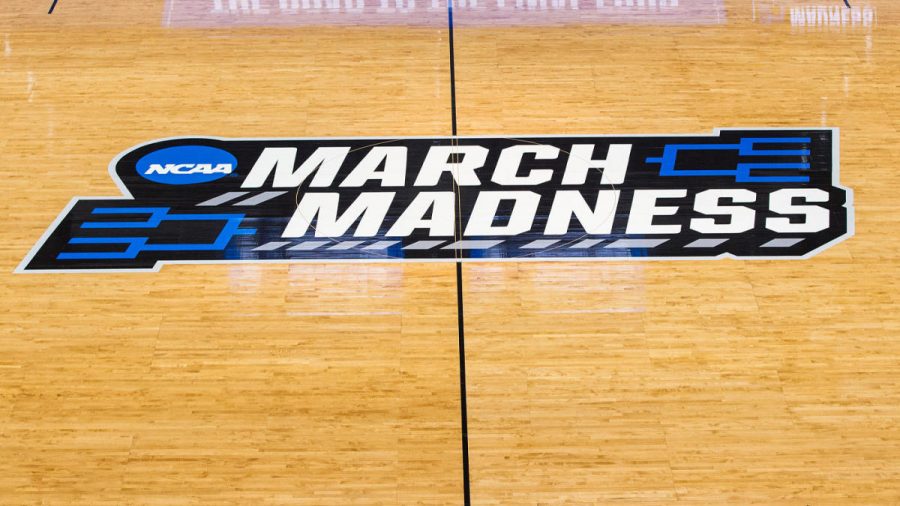 HARTFORD, CT - MARCH 21: A general view of the NCAA logo during the first round of March Madness on March 21, 2019, at XL Center in Hartford, CT. (Photo by M. Anthony Nesmith/Icon Sportswire via Getty Images)

After being cancelled in 2020, the NCAA Men’s Basketball Tournament finally returned for basketball fanatics around the country in 2021. The event, called March Madness, is a single elimination, 68-team tournament that ends with the crowning of the national champion. The madness begins on Selection Sunday where the bracket is revealed. This is followed by the First 4, round of 64, round of 32, sweet 16, elite 8, final 4, and the national championship. Millions of fans around the world submit brackets to see how many games they can predict correctly. No one has ever come close to getting this correct, as there are upsets every year. Although many traditions we know and love involved with the tournament returned, there were some major changes.

One major change this year was that games were played at a neutral site, not different cities. This year, to reduce the risk of Covid-19, the state of Indiana hosted all games. Another major change was the reduced number of fans. In years past, stadiums were packed to the brim with screaming fans, bringing an unmatched energy to the stadiums and motivating the players to perform at their peak. But the size of the audience was limited this year. Despite these changes, the tournament (from a basketball standpoint) had its usual elements: clutch buzzer beaters, heartbreaking upsets, and young talent filled every round of the Big Dance.

The tournament began with Virginia Tech playing against Florida State on March 19, 2021, and ended with Gonzaga playing Baylor on April 5. Within that time frame, 67 games were played, and there were many unforgettable moments. In the fifth game of the tournament, history was made. A 15 seed, Oral Roberts, beat a 2 seed, Ohio State, which was one of the first times in history this happened. Later in the tournament, UCLA, which was an 11 seed, ran all the way to the Final Four, becoming the Cinderella team of this year’s tournament. This was the fifth time in history an 11 seed made it that far in the tournament. In the Final Four game between Gonzaga and UCLA, Gonzaga star and NBA draft prospect, Jalen Suggs, hit a buzzer beater 3 in overtime to win the game. This shot will go down as one of the best in the tournament’s history. The last game also played a huge role in the history of the tournament, as Baylor, beating Gonzaga with a score of 86-70, brought home its first national championship.