The Lion's Roar • May 4, 2021 • https://lmhslionsroar.com/858/entertainment-review/unmasking-manav-singh/ 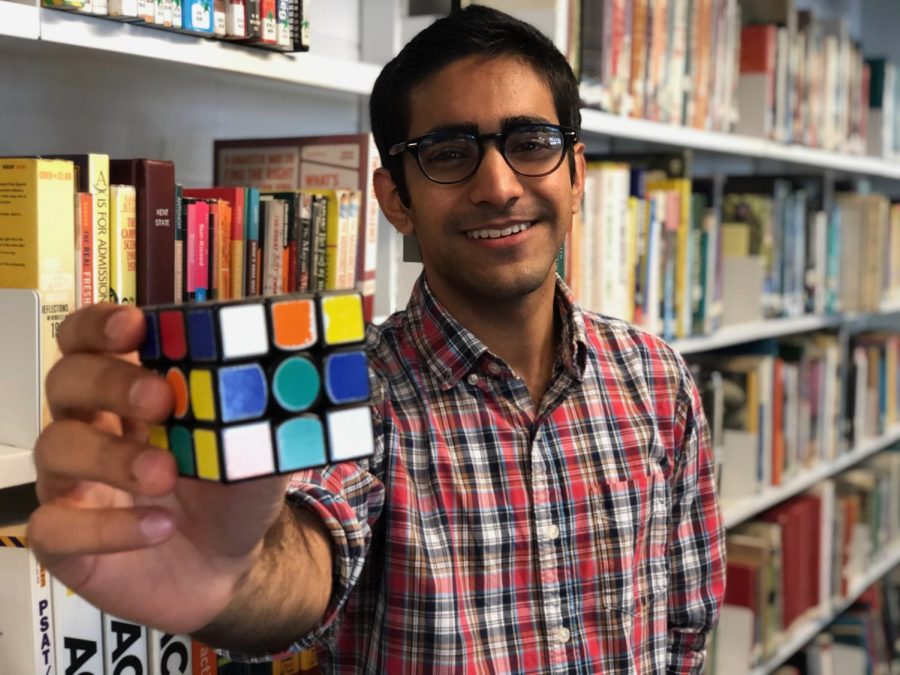 WARNING: The following article does not meet The Lion’s Roar’s standards for accuracy.

Of the 840 students enrolled in Lower Moreland High School, only a few can lay claim to having assumed leadership roles in one or two of the school’s clubs or extracurricular activities. Just one student, however, would be insane enough to have tried to join nearly every one of the school’s clubs, somehow juggling an impressive number of APs in the process (along with a lengthy list of other accomplishments and competitions he was too modest to name). The manboy, the myth, the legend–Manav Singh. Oh, and did I mention that for two years he has been the editor-in-chief of the LMHS Lion’s Roar, an award-winning publication that you, dear reader, should definitely write for?

I sat down with jack-of-all-trades and possibly biased source, Manav Singh, to get the scoop on the behind-the-scenes lifestyle of the nerdy and famous. Despite his adamant assurance that he had nothing interesting at all to offer, Manav is a veritable encyclopedia of useless information and functional life quotes. The number of words he vomits per minute is second only to the amount of pretentious awards he has been showered with in his various endeavors, courtesy of second-rate institutions with far too much money to spend. When he is not busy scaling buildings or fighting off interplanetary threats, Manav can be found busily stalking the halls and tailing the janitorial staff to see if they are recycling. First in his class, and dead last on the weightlifting team, Manav allows his true skills to shine both in the classroom and out. Between being an attorney on Mock Trial, submitting fascinating research for Science Club, working on innovative engineering projects in Governor’s STEM, editing the yearbook, and debating, he still thinks Fridays are best spent solving math problems with friends after school.

When asked to give some advice to students as to how to make the best of the high school experience, Manav stressed the importance of rest, stating that it “is crucial to get to sleep as early as possible. When you get enough sleep you pay better attention, so you never have to stay up late studying. Of course, that then allows you to stay up late when finishing an article for the Lion’s Roar.” He also adds that students shouldn’t be afraid to try new experiences, like joining a club, as they never know what new interest they could find. When asked to give a suggestion of a stimulating, inspiring club that students would enjoy, Singh replied, “The Newspaper Club, of course,” and subsequently launched into an expletive-laden rant lasting the good portion of an hour, frequently bringing up the terms “low readership,” “not enough writers,” and “waaay cooler than the Literary Magazine.”

Accepted into Yale’s class of 2025, Manav has big plans for college and the future, stating, “I have absolutely no clue what I’m going to do with my life.” Lower Moreland will sorely miss this invariably well-dressed young man who filled the library with gossip to rival that of the Kardashians. And has anyone ever seen Manav Singh and Super Recycling Man in the same room? Just sayin’…

Author’s note: I most sincerly apologyze for the poor grammar in this artikle. It was a surpris for Maniv and he didnt get to edit it before publikation. This newspaper wyll be nothing without him.