Discourse in the Covid Era 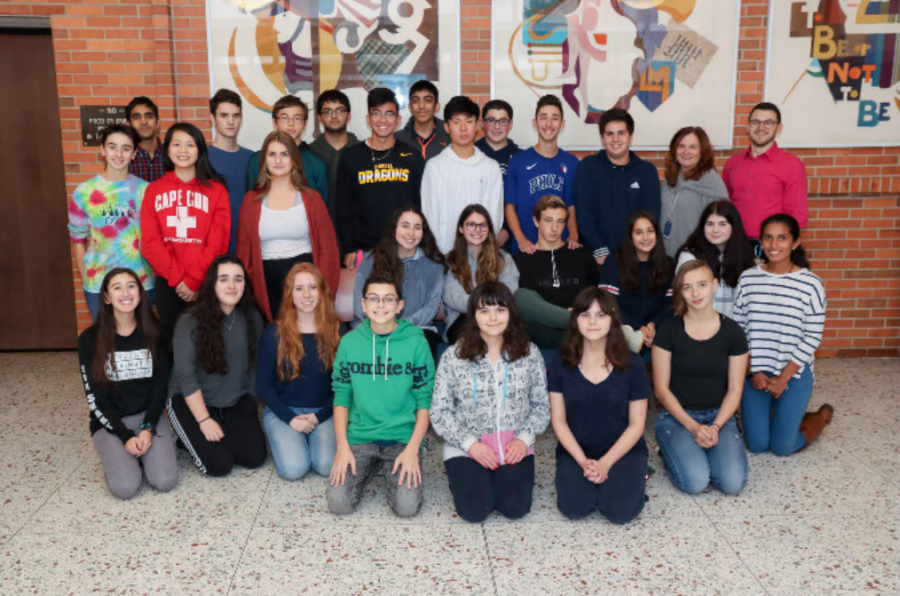 Like many other clubs and activities, the 2020-2021 Debate season looked vastly different due to Covid-19 restrictions. But, due to the hard work of LM teachers and the Southeastern Pennsylvania Debate League (SPDL), the debate season went on as scheduled, albeit using a different format.

Many people may wonder how a club such as Debate can function without the ability to interact face-to-face with opponents and judges, but technology allowed debaters to participate virtually. They primarily used Jitsi Meet, an app similar to Google Meet with features such as hand-raising that made the debate seem live. Teachers and other administrative staff in the league organized a website where students accessed the virtual competitions, worked with coaches, and had the ability to ask for help. The SPDL deserves a round of applause for the work it put in to make this season happen!

There are many different types of debate, but Lower Moreland competes in Public Forum, Impromptu, Congress, Big Question, and Extemporaneous. There were many tournaments during the season, all leading up to semifinals and finals.

All these individuals worked hard to prepare and put forth their best work in the semifinals. Three students represented the district in the finals: Michelle, a junior and one of the presidents of the club; Daniel, a sophomore; and Sarah, a junior. Daniel and Michelle placed fifth and sixth, respectively, and Sarah placed eighth.

Mr. Andrew Reis, one of the sponsors of the club, answered a few questions about the season.

How do you think debate has changed with Covid restrictions?

I feel like debate became more challenging this year in certain ways, especially for many of our Lower Moreland competitors that have never competed in an online environment.  The Covid restrictions, while fully worthwhile for the safety of competitors, judges, and coaches, created an unpredictable and sometimes fragmented environment. It was more difficult for us to gather as a team and feel the cohesion that a team should feel. There were barriers to debate partners collaborating, because it wasn’t as simple as sitting down in a classroom together and working through debate strategy like it would happen in a normal year.

The forced use of technology also added a layer of unpredictability to competitions. Competitors and judges all too frequently experienced severe and unforeseeable tech issues which might delay or cancel a round of competition. That’s difficult to deal with as a debater: when you’re prepared to go and all of the sudden your event is cancelled or delayed — it can throw you out of your rhythm.

One silver lining to everything that was different this year is I believe it taught our student competitors to be more flexible and adaptable. All of our competitors had to learn to adapt to online competition pretty quickly, and I think those kinds of experiences where you need to be rapidly adaptable will benefit our debaters down the road in many situations in life.

What were some of your favorite memories from debate this year?

Broadly speaking, my favorite part of this year was watching our debaters, as a whole, gain confidence, grow, and strengthen their skills. In one sense, it was almost like everyone’s first year debating, since Lower Moreland does not typically participate in online competitions. So, it was good to see seasoned debaters who are used to our typical in-person competitors adjust their approach to the online environment. We also had a large number of first-time debaters this year, and I was amazed at how our rookies were able to evolve from totally inexperienced newcomers who knew nothing of debate to sharpened competitors who were displaying some serious rhetorical skills.

It was also great that, despite all of the aforementioned obstacles, we had 13 competitors qualify for the semifinals this season! So many competitors’ hard work and adaptability pay off in making the final rounds of competition, and it was tremendous to see a smile or hear the excitement in students’ voices when they received feedback about how well they performed in the last competition.

It is clear that debate is a fun sport for all of those who love to learn about topics from around the world, see different perspectives, and present their own. Congratulations to all those that participated this year; the school cannot wait until next year’s season!