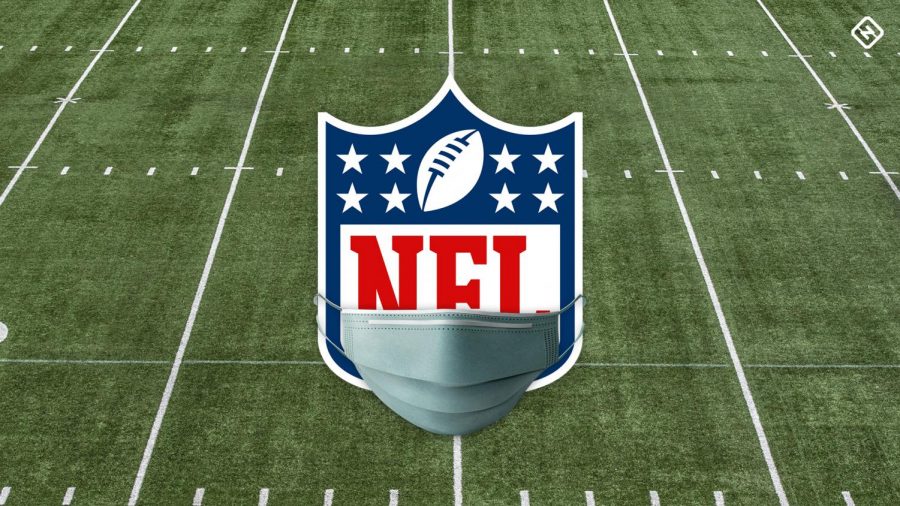 Last month, the National Football League crowned a Super Bowl champion during a global pandemic. Although some postponements were made, all 256 regular season games and 13 playoff games were completed this year.

As Covid-19 began to spread nationwide in March of 2020, Commissioner Roger Goodell, along with the rest of the NFL, knew that in order to have a football season, sacrifices would have to be made. This started in late April when the NFL switched the draft to an entirely virtual event. This would be a recurring theme during the 2020 NFL offseason, as training camps would also be partly virtual. As the fall approached, however, the league knew it would need to take action to ensure the safety of players while still completing games. The league conducted daily testing and contact tracing, and enforced masking.

The players were required to wear face masks or coverings when sitting on the sideline or not playing and were required to be part of the contact tracing system. The very few players who tested positive would be isolated from their team. Dr. Allen Sills, the NFL chief medical officer, emphasized the importance of isolating infected players: “It’s absolutely foundational to the principle of avoiding transmission within a team . . . Being able to do that with a high degree of precision — it keeps people who might turn positive out of the team environment and it keeps the risk of infected individuals to the most reasonable level.”

On September 10th, star quarterbacks Deshaun Watson of the Houston Texans and Pat Mahomes of the Kansas City Chiefs squared off to open the 2020 season. Aside from the majority of stadiums lacking fans, the NFL product on the field looked quite normal. Teams traveled to other stadiums to face opponents, as the NFL decided to not adopt the “bubble” strategy that the NBA did in the summer and fall. As the season progressed, the NFL became more lenient with the amount of fans allowed in the stadiums. At the beginning of the season, there were very few spectators allowed into any of the 32 NFL stadiums, but, during Super Bowl LV, there were 22,000 fans in Raymond James Stadium.

The NFL adopted various strategies to ensure they could play a full season. In the end, the league’s contact tracing system worked to their benefit, as they completed the entire season without many cases.