A Timeline of LM Openings and Closures 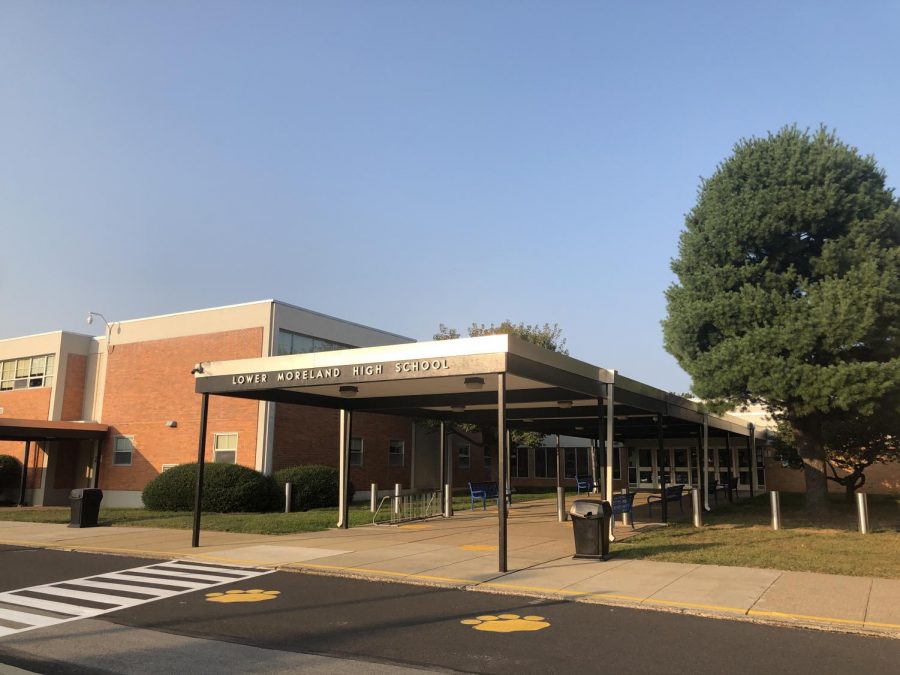 On August 31, 2020, the high school opened to students and staff in a hybrid model, which allowed students who desired to learn in-person to attend school twice a week. Students who chose hybrid learning were broken into two groups, which allowed for an even split of people inside the building during the week. The school took a number of precautionary measures to reduce the risk of spreading viral infection, such as mandatory wiping of desks after each class, unidirectional staircases, spaced seating in classrooms, mask requirements, social distancing, and more. The district hoped that these precautions would keep schools open and provide a nonintrusive, safe learning environment for students who were truly in need of it.

Over the past four months, Superintendent Dr. Scott Davidheiser has sent frequent informational letters to the community, helping parents stay up-to-date about the district’s plans. It is through these communications that the District’s closures and openings can be traced and understood. Going back to the opening of school in August, all was going well. Protocol was followed, and following a conversation with the school board during the first week of school, the LMTSD administration announced a continuation of the fall athletic season for grades 7-12 after a brief suspension of practices and games. For school to stay open and for the safety of the community, everyone needed to follow the local and state guidance and the LMTSD Health and Safety Plan requirements. After the first few weeks, students began using gloves and SARS-killing disinfectant wipes to clean the desks.

Unfortunately, not all obstacles could be fully foreseen. Mounting COVID-19 cases within the district, 11 in the three-week period leading up to November 2, led to reevaluation of the Health and Safety plan. Though contact tracing showed that none of the cases were caused by in-school transmission, rising cases in Montgomery County, as well as utmost caution, led the district to close the school for the following two-week period, between November 4 and November 16.

During the second week of the virtual learning shift, the Pennsylvania Departments of Education and Health released updated metrics for determining community transmission of Covid. The new metrics placed Montgomery County in the substantial category, and the CHOP Policy Center recommended that schools in the area revert to virtual learning. The MontCo Office of Public Health ordered all schools, public and private, in the county to shift to virtual-only learning for a two-week period from November 23 until Monday, December 7. This led to a slightly odd configuration in which LMTSD students returned to hybrid learning for one week (11/16-11/20), and then immediately reverted to the all-virtual model for the following two weeks.

The district has tweaked its plans during the four first months of the school year, but this is to be expected during this rapidly changing time. Dr. Davidheiser, in his December 2nd communication, wrote, “The current data indicates that because of our strong school health and safety plans, students and teachers are safe in our schools, even when there are many cases in the community. Given the dynamic nature of the COVID-19 pandemic, we will continue to follow the LMTSD Health and Safety Plan and work closely with the Montgomery County Office of Public Health in planning, reporting and taking or performing all other necessary actions.”

Schools are some of the safest public institutions due to the multitude of required health and safety protocols, and the district’s plans to close were meticulously planned out and evaluated. Local health officials have noted they believe schools that have opened operate as some of the most effective and safe examples of organizations in our communities inside a pandemic. After the mandatory closure period ended on December 7, the district maintained the hybrid model through the month of December until Winter Break. The District will continue with its hybrid model once school is back in session on January 4th.