A Thousand Ships: A New Take on Classics 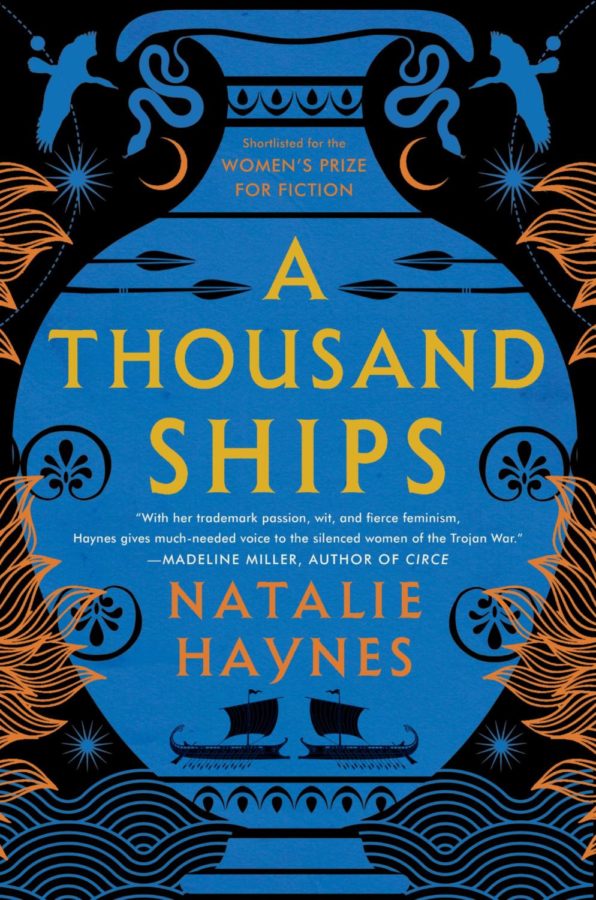 The cover of the book

A Thousand Ships by Natalie Haynes is a cohesive and compelling book written about the women and goddesses affected by the Trojan War. The novel opens with a chapter from the goddess Calliope, the muse of epic poetry, who is answering Homer’s call for inspiration. In turn, she tells the stories of the noble Trojan women left behind when Troy falls: the goddesses Athene, Hera, and Aphrodite, who had actually caused the war; Polyxena, a priestess taken by the Greeks; Penelope, the wife Odysseus had left for twenty years in his constant quests. The list goes on, some more well-known than others.

Haynes does an excellent job at making each chapter entertaining while also providing a small summary of the specific tale being told in the chapter. I really enjoyed Haynes’s writing style too. Her skill is on display with how easily you sympathize with each character, even if it’s just one chapter. Haynes, however, does tell the story of at least a dozen women, so some of their individual stories do get lost by the end of the novel. My only other critique is the bratty way Athene was depicted–not my favorite. Still, I praise the amount of research put into this book. It is no small feat to take a magnifying glass to The Iliad and The Odyssey, as well as other sources, and show the perspective of the women in them so eloquently.

I would recommend this book to anyone who enjoys the classics and Greek mythology and any Madeline Miller fan. Though the novel isn’t as focused as Miller’s books, it is still an excellent retelling. It provides refreshing perspectives for a dozen stories in a pretty efficient, yet moving, way. However, if you already possess a vast amount of knowledge about Greek mythology, some chapters may seem more like an infodump. I am not insanely knowledgeable, so it was the perfect amount of background information for me to understand the characters. Overall, I rate it four stars and highly recommend it!